Enjoy a slow and relaxing time here at Oyu Hot Spring, which has been curing weary travelers since ancient times.

Book directly on Hotel Kazuno Official Website and get the best price! 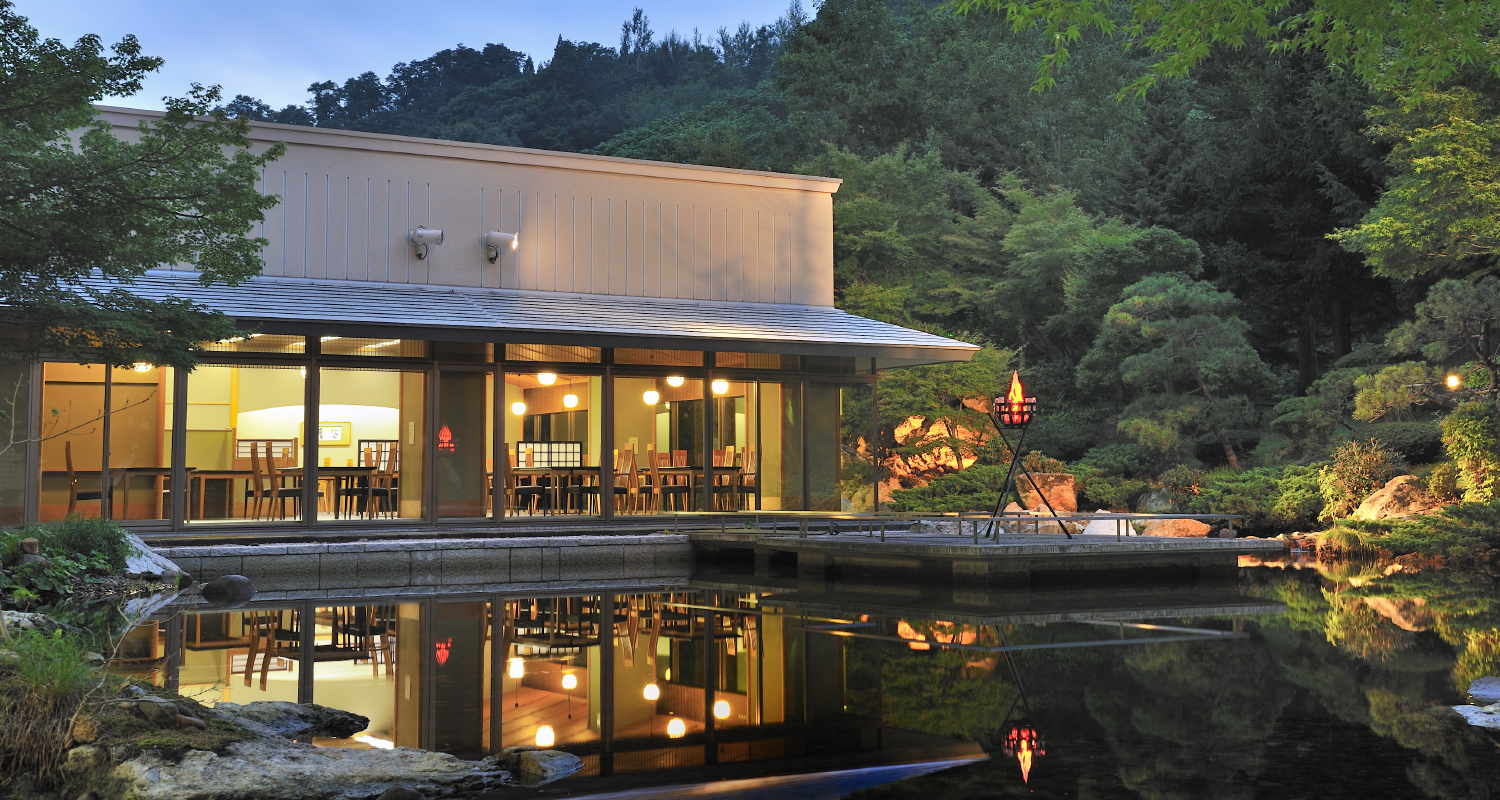 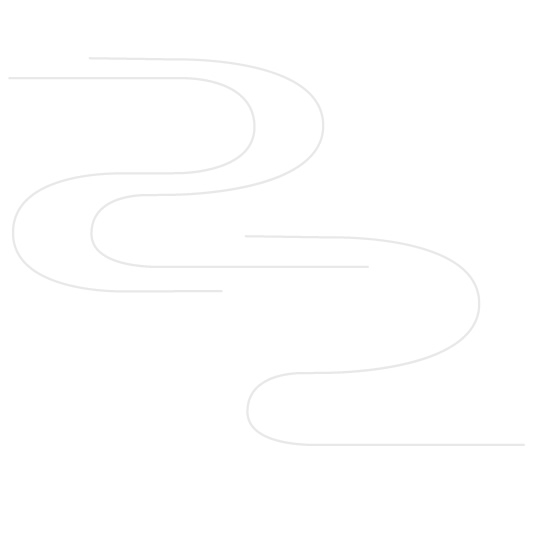 800 years of history since its opening Famous “Oyu Hot Spring”

Oyu Hot Spring is located at the southern gate of Lake Towada. It is known as "Ideyu-no-sato (village of hot spring) " or "Yukemuri-no-sato (village of steam rising from a hot spring)" since early times. In Edo period, Oyu was designated to be a balneotherapy resort for the lord of Nambu domain. Since then, Oyu Hot Spring, "the Famous Hot Spring of Kazuno," has been widely known as one of the 5 best hot springs in Nambu domain. Oyu hot spring initially was a communal bath surrounded by 4 hot springs; and gradually, more and more hot spring recuperation inns were built around the area. 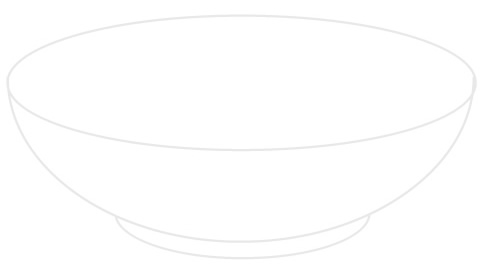 We serve our dishes at its best condition with the best service.

We carefully select ingredients with highest quality and serve them at their best condition to provide you the most satisfiable meal. In our popular Traditional Japanese Set Meal, you will be able to enjoy the famous "Kiritanpo-nabe," or the Rice Stick Hot Pot, only available here at it's birthplace. Please savour the delicious soup that will make you want to finish every last drop.

We have spacious guest rooms for everyone of our guests to relax and unwind. There is also a special Japanese-styled room that comes with western-styled living and a luxurious bathroom made of cypress for creating unforgettable memories and the highlight of the trip. You can have a panoramic view of the Oyu Hot Spring Village and the mountains through the windows, which may bring "peace of mind" with a sense of nostalgia to you.

Hotel Kazuno, as the mother hotel with the best location and luxurious facilities, is now opening a new chapter of Lake Towada era.

Right at the center of
Northern Tohoku Region
Welcome to Kazuno,
the legendary land

Lake Towada, a caldera lake, has mysterious beauty of indigo blue surface that fascinates visitors from all over the world. Not just the breathtaking fall foliage in autumn, wild cherry trees (Cerasus Sargentii) in May and the tender greens in June are just as impressive. 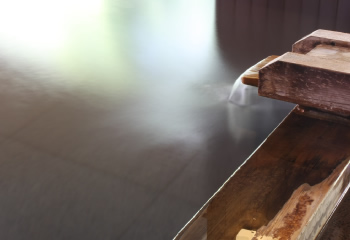 Oyu Hot Spring Village is the oldest hot spring village in the
city. The Village, located at the southern entrance of Lake
Towada, has many hotels and ryokans along the quaint
onsen street. 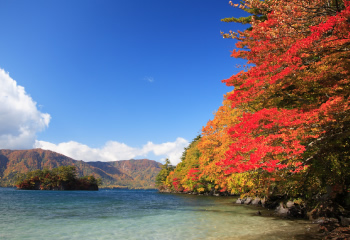 Lake Towada extends over Akita Prefecture and Aomori Prefecture. With its circumference of 44 km and depth of 327 m, it is proudly known as the 3rd deepest lake in Japan. 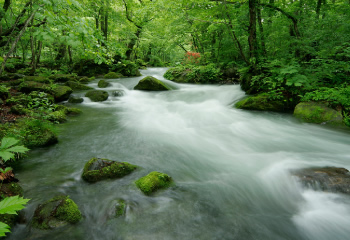 "Choshi-Otaki," the largest waterfall along the Oirase Valley, is a waterfall 20 meters wide and 7 meters high. The beautiful soul-stirring amount of water faithfully guards the mystery of Lake Towada even until today.

Opened since the Houei Era 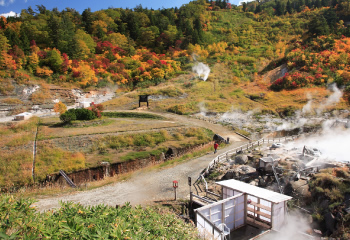 Hachimantai Onsen Village is known for its balneotherapy of geothermal heat, which gives it the name of "Fukashi-no-Yu," or the Hot Spring of Steam. It is also rare that there are several different types of onsen gushing out in one area. 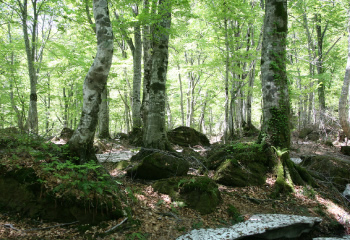 Shirakami-Sanchi is the world's largest primeval beech forest that is almost untouched by humans.

From the Late Jomon Period 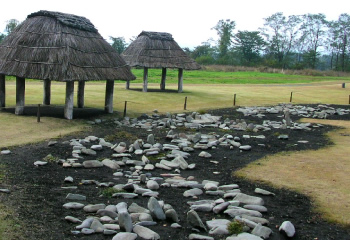 Stone Circles were made of rocks taken from a riverbed 7 km away. The rocks were grouped into various different shapes while forming into a double ring. As one of the few unique historical ruins, it still has many mysteries waiting to be unveiled. 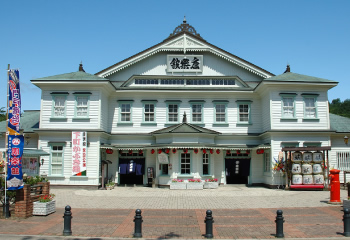 Korakukan, an important cultural property of Japan, is a theater opened in 1910 and is still operating even until today. Shows and Kabuki performed by present-day famous kabuki actors are held regularly.

One of the 100 Famous Japanese Mountains 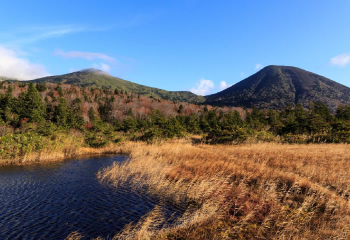 The mountain spreads out like the hem of a piece of clothing in four directions. Thus, you would be able to see the beautiful valleys and waterfall in the upstream area. 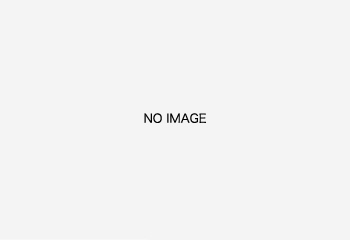 Hanawa Ski Resort has different ski courses, from the beginner-friendly "Family Course" to advanced "Giant Course" with an elevation of 750 m and total distance of 1500 m. 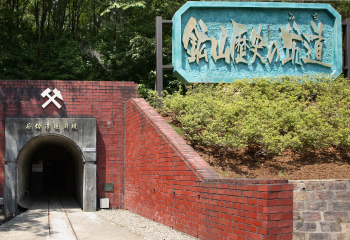 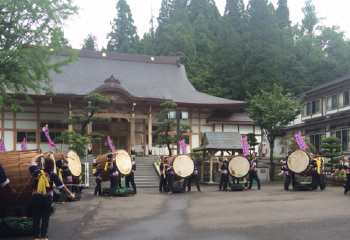 Oyu Odaiko (lit. Oyu Big Drum) is designated as Akita Prefecture's Ethnic Intangible Cultural Property. Four people in a group beating a 45 kg taiko. The "Yoni Taiko" is performed to attract the attention of crowds, and following the "Dai-no-Saka" is beaten continuously until the crowds formed into a circle. And lastly, the "Shimaidaiko" is played after the dance ends. 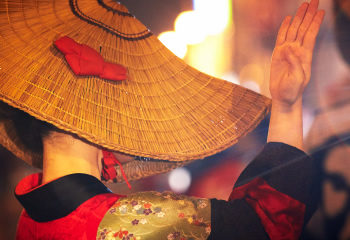 Kemanai Bon Odori, one of the elegant and beautiful Three Great Bon Odori of Akita Prefecture, is designated as a National Intangible Ethnic Cultural Property in Kemanai, Kazuno City in Akita Prefecture. There are "Dai-no-Saka," where performers dance along with Odaiko and hayashi flutes, and "Jinku" (lit. lively dance), where performers dance and sing without any instrument. 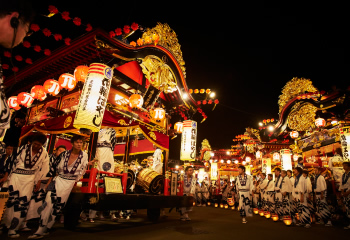 Hanawa Bayashi is a festival held in Hanawa, Kazuno City in Akita. The festival is designated as a National Intangible Ethnic Cultural Property. The hayashi performers perform on ten luxurious and gorgeous "Koshinuke-yatai" and parade for 2 days. 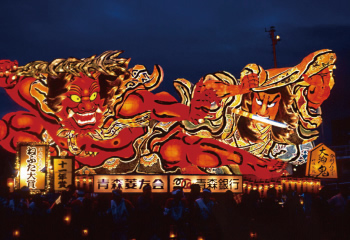 Aomori Nebuta is a summer festival held annually from August 2nd to 7th in Aomori City. During the festival, enormous human-shaped lanterns built on floats parade through the main street. 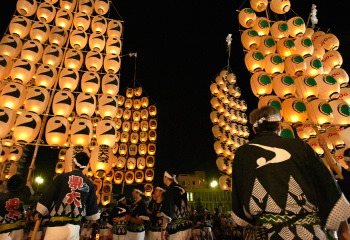 Rice-bag-shaped lanterns are attached to a pole to mimic the image of a rice ear. The participants carry the lantern poles with their foreheads, waists, and shoulders to pray for a good harvest. Akita Kanto Festival is designated as an Important Intangible Ethnic Cultural Property and is known to be one of the Three Great Festivals in Tohoku, along with Nebuta Festival in Aomori and Tanabata Festival in Sendai. 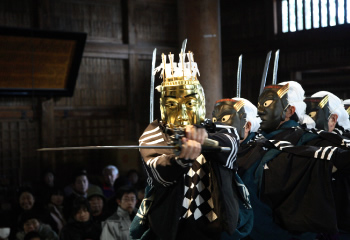 Dainichido Bugaku, held annually on January 2nd, is a sacred New Year's dance representing an offering that has been passed down by the Ohirumemuchi Shrine (a.k.a. Dainichido) from generations to generations in Hachimantai, Kazuno City in Akita Prefecture. The Bugaku has a history of 1300 years and is registered as an Intangible Cultural Heritage by UNESCO in 2009.